Listed among the Best Science Fiction and Fantasy Books of 2019 by The Washington Post and Polygon. One of The A.V. Club’s 15 Best Books of 2019. 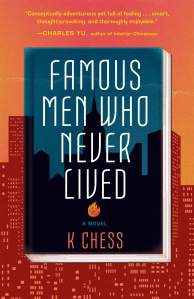 Wherever Hel looks, New York City is both reassuringly familiar and terribly wrong. As one of the thousands who fled the outbreak of nuclear war in an alternate United States―an alternate timeline―she finds herself living as a refugee in our own not-so-parallel New York. The slang and technology are foreign to her, the politics and art unrecognizable. While others, like her partner Vikram, attempt to assimilate, Hel refuses to reclaim her former career or create a new life. Instead, she obsessively rereads Vikram’s copy of The Pyronauts―a science fiction masterwork in her world that now only exists as a single flimsy paperback―and becomes determined to create a museum dedicated to preserving the remaining artifacts and memories of her vanished culture.

But the refugees are unwelcome and Hel’s efforts are met with either indifference or hostility. And when the only copy of The Pyronauts goes missing, Hel must decide how far she is willing to go to recover it and finally face her own anger, guilt, and grief over what she has truly lost.

“The novel jumps off from a fascinating premise into strange and fertile territory. K Chess constructs not just one universe, but two, and delicately entangles them to create a rich, engrossing exploration of displacement, history, memory, of the past and the present. Conceptually adventurous yet full of feeling, Famous Men Who Never Lived is a smart, thought-provoking and thoroughly enjoyable debut.”
– Charles Yu, author of INTERIOR CHINATOWN

“With an eerie and ingenious premise, K Chess explores in a fresh way the most universal of human experiences: loss, regret, and the longing for what might have been. With its refugees from a parallel universe, this inventive book does what only fiction can do: describes an impossible world in order to more clearly show us our own.”
– Karen Thompson Walker, author of THE DREAMERS

“Famous Men Who Never Lived is a fascinating novel: complex, uncanny, powerful. K Chess adroitly enacts Joyce’s  ‘cracked looking glass’ and gives us an off-kilter reflection that allows us to really see who we are. The wit, elaboration, and detail of her invention are spectacular.”
– Dana Spiotta, author of INNOCENTS AND OTHERS

“Famous Men Who Never Lived is a high-wire wonder, a rich and riveting investigation into the thorny questions that pulse under the surface of our lives. What makes a self a self? To what degree are our paths molded by fate? K Chess has created a beautiful labyrinth of a novel—electric, formidable, and wildly moving.”
– Laura van den Berg, author of THE THIRD HOTEL

Tor.com calls Famous Men Who Never Lived “a beautifully-written and conceived novel, and one whose message of empathy across lines of difference is much-needed.”

In a starred review, Foreword calls it: “… magnificent … an awesome and humbling literary achievement … The text is triumphant, darkly humorous, and mournful by turns … As its characters grasp for a concrete place to rest in a world that ever diverges from its set paths, Famous Men Who Never Lived is mesmerizing.”

Booklist says “Chess’ debut novel offers an intriguing and fresh spin on the parallel-worlds theme with its timely emphasis on the challenges facing migrants in hostile, unfamiliar surroundings, marking her as a promising new voice in speculative fiction.”

Last week, I sat down with Callie Crossley of WGBH’s Under the Radar for a speculative fiction edition of her book club, featuring FAMOUS MEN WHO NEVER LIVED  with recent releases from Cadwell Turnbull and Max Gladstone. If you didn’t catch it on the radio, you can stream it here. Listening to public radio … END_OF_DOCUMENT_TOKEN_TO_BE_REPLACED 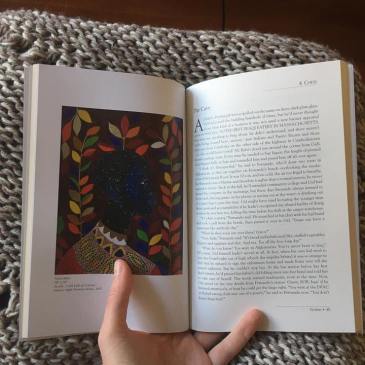 It’s been a pleasure to work with Southern Indiana Review. My story “The Cave” is in the fall issue — I’m proud to have my work face this astoundingly beautiful artwork by Brianna McCarthy!

My short story “Been Fighting Since” won second place in phoebe’s 2018 fiction contest! Karan Mahajan, author of The Association of Small Bombs, selected it. “Been Fighting Since” is about twins, child soldiers, the old/new city of Berlin and the mysterious liminal state of blackout drinking. But really, it’s about whether it’s ever possible for … END_OF_DOCUMENT_TOKEN_TO_BE_REPLACED